by Dr. Christopher Chang, last modified on 3/9/20.
Read and comment below! 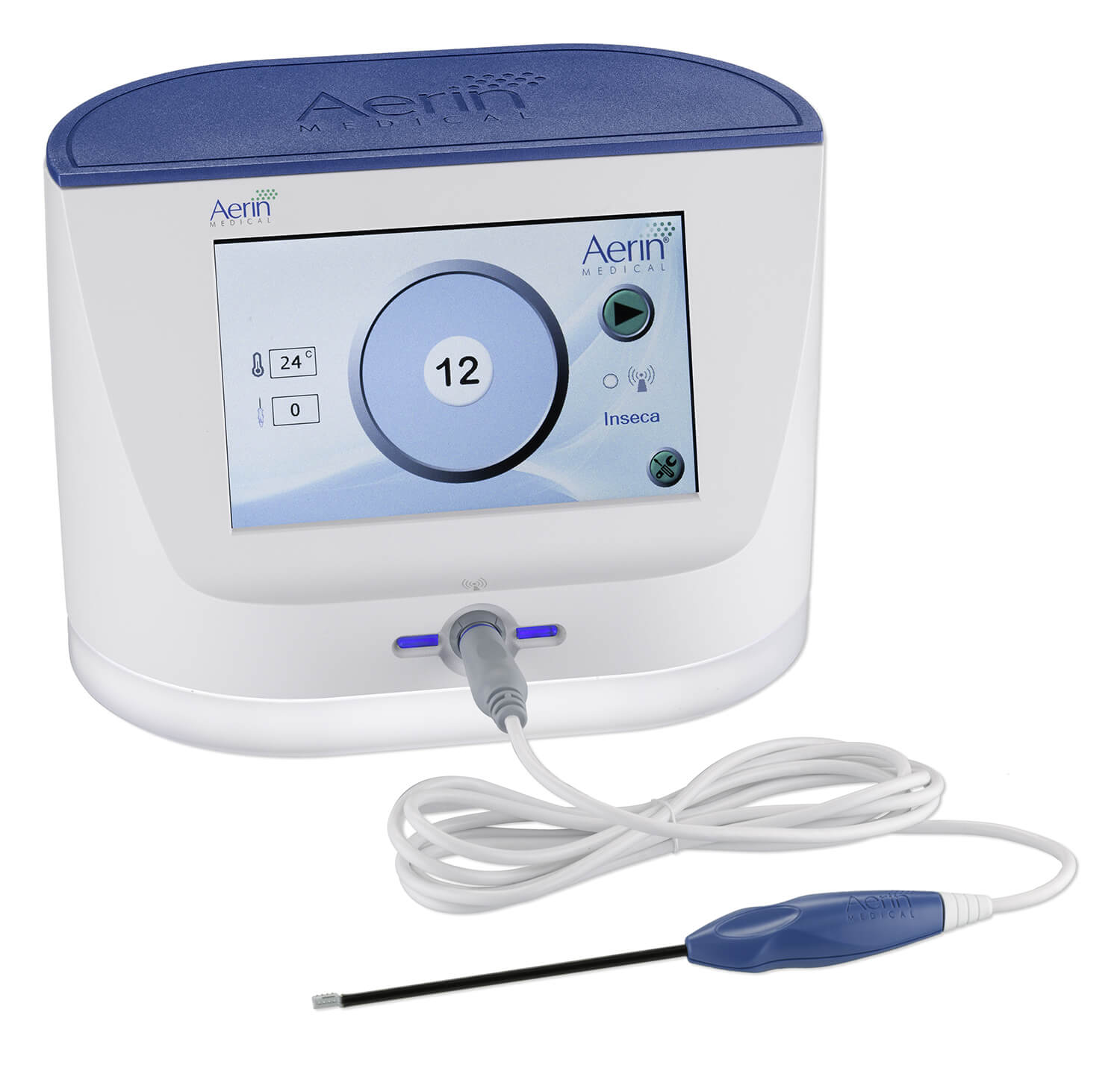 Often, these medications DO work. If severe allergies are present, allergy shots can even be considered.

However, in some patients, medications may help, but incompletely resulting in improved, but still persistent symptoms. In rare patients, the symptoms are only minimally improved.

In other patients, although medications DO help, they wish to cut down on the amount of drugs being used on a daily basis.

A surgical procedure called turbinate reduction may help symptoms of congestion, but runny nose complaints may not resolve as much.

For such individuals with symptoms of an intractable persistent runny nose with or without congeston, there is a different surgical option to significantly help called Rhinaer.

The nerve that governs nasal mucus production is called the Vidian Nerve. It is located within the very back wall of the nose. From this main nerve trunk, smaller neural branches spread out from the back wall towards the rest of the nasal cavity. These smaller nerve branches are called the posterior nasal nerves depicted in yellow in the image below. 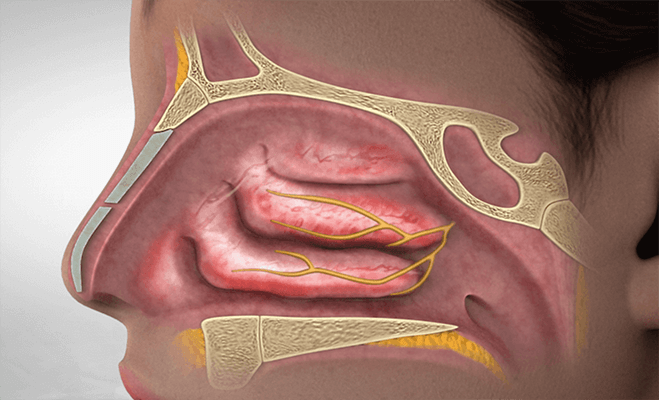 Historically, the surgical method to resolve an intractable persistent runny nose with or without congestion is to cut the vidian nerve. This procedure is performed under general anesthesia and it works well, but does have potential for significant side effects including dry eyes, nasal crusting, nosebleed, visual disturbance, headache, facial pain, and numbness of palate, cheek, or teeth. It is also technically difficult to perform.

• Technically easier to perform
• Can be performed in the office under local anesthesia
• Potential minor side effects include congestion, crusting, nosebleed, ear blockage, and numbness of lip/upper teeth/palate
• Pain after the procedure can typically be managed with tylenol and ibuprofen alone.
• Complete healing occurs within 4 weeks with 80% of patients reporting over 50% reduction in runny nose and congestion symptoms on average. 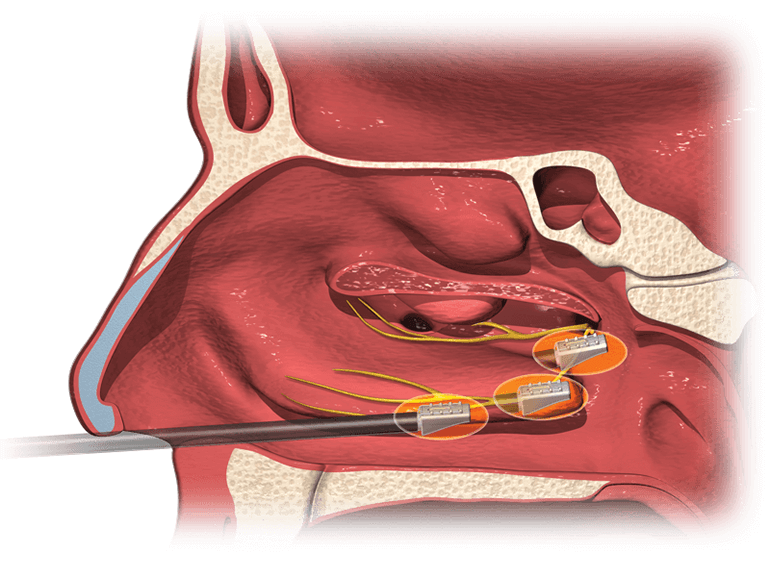 ClariFix is another procedure that works similarly to Rhinaer. But, whereas Rhinaer utilizes a low-temperature, non-ablative radiofrequency energy to ablate the posterior nasal nerves, ClariFix uses liquid nitrogen to freeze and ablate the posterior nasal nerves. Downside of ClariFix is that it has additional side effects of causing a severe brain freeze sensation or ice-pick headaches that does not occur with Rhinaer. Dry eyes are also a potential risk.

Watch the video here to see how Rhinaer works:

Aftercare is fairly straightforward. Pain control is mainly with tylenol and ibuprofen. The patient should also perform saline flushes to the nose at least 4 times a day for 2-4 weeks (until crusting that develops during the healing process has fully resolved). Read postop instructions here.

Patients who are candidate for ClariFix must:

• Be over 18 years old
• Suffer from an intractable runny nose in spite of medications (or desire to reduce the number medications to treat the runny nose)
• Have no significant anatomic nasal deformities (ie, deviated septum, very large obstructive turbinates, nasal polyps, etc)
• Not be on any type of blood thinner
• And NOT suffer from any of these conditions: recurrent nosebleeds, chronic sinus infections, neuropathic conditions

Please keep in mind that Rhinaer does not CURE a runny nose. Rhinaer does NOT cure allergies either. If you get sick with a viral upper respiratory infection, the nose WILL get drippy. If you have a bad allergy attack, you will still have some degree of a runny nose.

What Rhinaer will help with is to reduce the overall amount of how runny the nose is baseline.